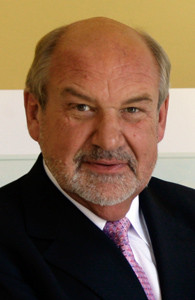 Mr. Berukoff holds the distinction of being the founder of several successful mining companies, including American Eagle, Miramar Mining Corporation, Northern Orion Resources and La Mancha Resources. From his first mine, the Golden Eagle Mine in Nevada, U.S.A., Mr. Berukoff was responsible for building both Miramar and Northern Orion into two of Canada’s most important mining companies with combined market capitulations exceeding C$1 billion.

In 1993, Red Lion Management acquired the Con Mine located in the Northwest Territories, Canada for C$25 million from Kennecott Exploration Inc. (Rio Tinto). Subsequent to this purchase, Red Lion sold the mine to Miramar Mining. Under the chairmanship of Mr. Berukoff, this underground mine became one of Canada’s largest gold producers with over 734,000 ounces being extracted from 1993 to 2000.

In 1998, as Chairman of Northern Orion, Mr. Berukoff opened the Mantua copper-gold mine, the first foreign mining venture of it kind in Cuba since the revolution. While overseeing the operations of this open-pit mine, Mr. Berukoff founded Leisure Canada, the leading developer of luxury resorts in Cuba, with multiple properties currently under development, including five-star hotels and championship golf courses. Because of Mr. Berukoff’s early entry into Cuba, he has been able to build a portfolio of ocean-front properties that would be impossible to duplicate today.

In 2006, through Red Lion Management, Mr. Berukoff executed one of the most notable mining transactions of the year, whereby the gold producing and exploration assets owned by Areva NC, one of the world’s largest nuclear companies, were moved into La Mancha Resources via a reverse take-over. The transaction created a significant global gold producer on the Toronto Stock Exchange.

Mr. Berukoff has also had significant success in exploration projects around the world. Most notably, through Northern Orion he developed the Aqua Rica deposit in Catamarca, Argentina. The ore body has the potential to become the largest copper producer in the world with a measured and indicated resource of 14 billion pounds of copper and 8.9 million ounces of gold. Mr. Berukoff has also been responsible for numerous exploration projects in West Africa, principally focused in Ghana, Mali, Guinea, and Burkina Faso.

In 2007, Red Lion Management purchased and subsequently sold the Vatukoula (Emperor) Gold Mine in Fiji. The mine has a history of dating back over 70 years, and a substantial resource of over five million ounces. Mr. Berukoff retained the Tuvatu High-Grade Gold Project in Fiji which is currently permitted for mining.

Opening its doors in late 2015, The Lion On First is Mr. Berukoff’s beautiful mixed use concrete building. The structure is host to 55 luxury rental suites and a 12,000 square foot commercial space ground floor. The Lion On First is strategically positioned in a newly developed area one block north of energetic West Esplanade in affluent North Vancouver, placing it in close proximity to major banks, restaurants, and entertainment complexes. The Lion is located a block away from historic Lower Lonsdale, one of North Vancouver’s most dramatically changed neighborhoods since the 1990’s.

Red Lion Organic Farms is a heritage farm located in the West Kootenay region. The Doukhobor farm has been in the Berukoff family for four generations and has recently been restored to preserve its rich cultural heritage. Organic Garlic and Scapes have been the primary focus of the farm for the past few years however he is now venturing into adding an organic Apple orchard. The farm is PAC certified to the highest standards. All farm inputs have been carefully chosen to adhere to the organic certification guidelines.

Having now raised over one billion dollars for global mining and real-estate projects during his career, Mr. Berukoff has solidified his reputation as a leading Canadian operator and financier.